Over the years, membership of the Branch has varied, usually dictated by the success or otherwise of Forest on the pitch.

Hence we regularly enjoyed having over 200 members during our European heyday which tapered off when Forest became less successful.

However, as a Branch, we were still very active competing in the APFSCIL sports and social activities and many members, now all very good friends as well as Forest supporters, often went out socially for nights together in London.

It was around this time that Robin left us to move north, to Edinburgh and then Humberside and Ron took over as Branch Chairman but continued organising travel and many social functions besides.   Ron vacated the Chair in 1982 to be succeeded by John Hunt but continued all his other good work.

John held the position for two seasons before stepping down to the post of Club Secretary.  With the Chairman’s post vacant, I (Steve Moon) volunteered to take the post, one I felt very honoured to take and one that (somehow) I still hold today.

However, the mid 1980’s saw the Branch suffer the tragic and sudden loss of one of its prominent members.  Four days into the 1985-86 season, during a midweek home match with Sheffield Wednesday, John Hunt complained of feeling ill with chest pains, just as the match approached its end.

He was staying in Nottingham overnight, but within hours felt really bad and was rushed to hospital where sadly, he died the following morning.  He was just 33 years old.

Some of us went to John’s funeral in Tunbridge Wells, the home of his parents, and when Sheffield Wednesday visited the City Ground the following season, the Branch sponsored the match ball in his memory.  John’s sister came up as our guest and was presented with the ball, duly signed by the players, after the game.

A fresh influx of young members were acquired during the late 1980s and early 1990s, many of whom are still members today and again, this was a successful time with two League Cup victories, two Hillsborough FA Cup semi-finals, the second one resulting in the greatest tragedy in English football, the impact of which was felt by all who were inside the ground that fateful day.

1991 saw Forest reach their only F.A. Cup Final (so far) during the lifetime of the Branch which sadly saw a defeat to Spurs in a highly controversial final because of certain incidents but the Branch was fortunate to be able to obtain tickets for its members.

Membership held throughout the final decade of the 20th century despite a turbulent decade for the Reds that saw Brian Clough’s retirement, relegation, immediate promotion under Frank Clark, UEFA Cup qualification reaching the quarter finals before a relegation/promotion/relegation in three successive seasons brought the 20th century to a close and despite not regaining Premier League status (yet), and also including three seasons In League 1, membership figures have still been at a satisfactory level. 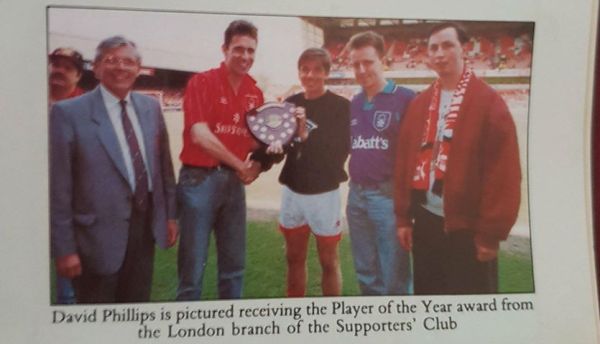 The Branch has also sponsored the match ball on two or three occasions during this time and also sponsored two players, Neil Webb and, dare I mention it, Andrea Silenzi (well it seemed a good idea at the time)!

Away from football, the Branch continues to enjoy a successful relationship with the parent Supporters’ Club and also Nottingham Forest F.C. and also within APFSCIL where, over the years, we have played in the football, darts and pool Leagues as well as the Home Counties Quiz League, not APFSCIL controlled but containing many of its clubs and done so with certain successes.

In addition, summer Sundays were often spent playing cricket matches against other APFSCIL clubs but these days, we only compete in the more sedate sports of darts and pool.  Because of being almost 130 miles from Nottingham, it’s not easy to stage social evenings with Q&A sessions with club players and officials but in recent years, have entertained Paul Hart (twice), Colin Calderwood and Frank Clark. 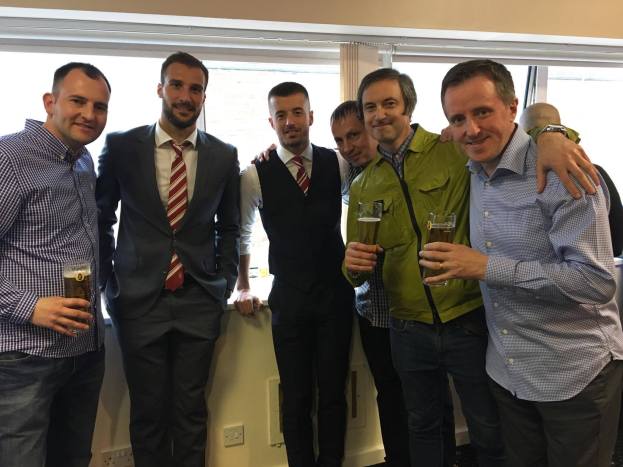 Although this is therefore a season to rightly commemorate this achievement, it is done so in memory of the one key man who really made all this possible but who sadly, is no longer with us to enjoy these times.

For in June 2015, Ron Rulton sadly passed away at the age of 67 following a lengthy illness. We raied a class to Ron at the 40th anniversary event of the branch in October 2017. 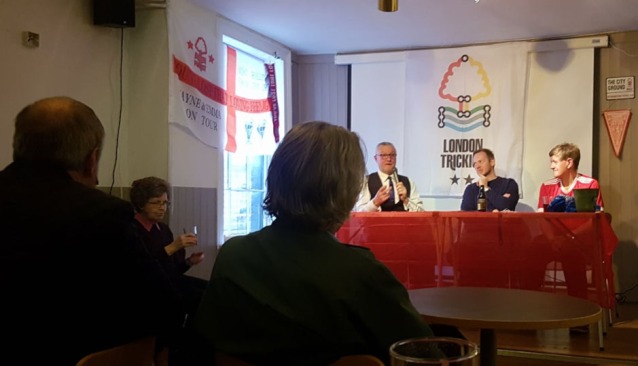 At that time we were thrilled to welcome Forest legend Garry Birtles as well as the then new-chairman Nicholas Randall QC who spoke about the club’s proud history and a desire to return Forest to their status of many people’s second favourite team.

The club have certainly been as good as their word, certainly since the appointment of Steve Cooper as manager in 2021.

We packed out the various Sports and Grills pubs with London-based Trickies during the incredible 2021-22 promotion campaign with the play-off final day which saw us beat Huddersfield 1-0 one of the most memorable days of many of our lives.

The return to the Premier League has once again brought a surge in membership numbers, up to almost record levels. We hope that whether you go to matches or join us at the screenings, being part of London Trickies can enhance your enjoyment of being a Forest fan.